Gender Inequality in the Workplace: How Hiring Managers Can Close the Pay Gap

Thanks! We'll get you subscribed right away.
Oops! Something went wrong while submitting the form. 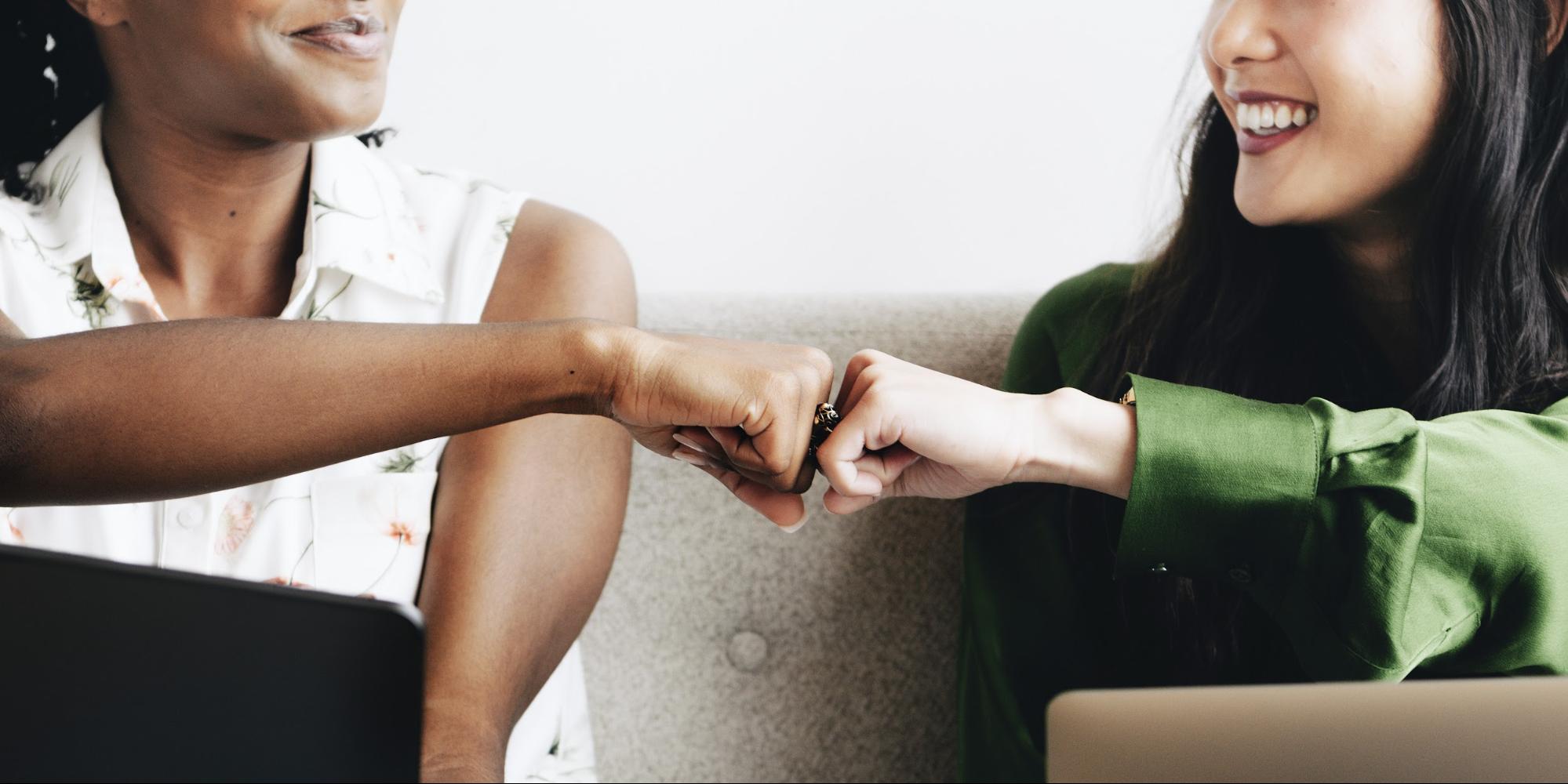 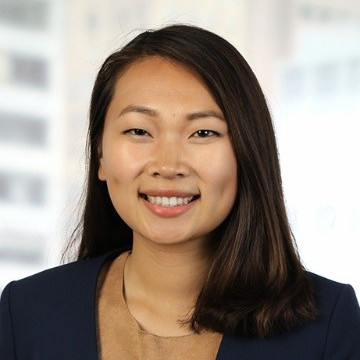 "Men are better at more technical jobs, that's why they receive higher salaries."

"Women with a family become distracted from their work. They can't balance work-life obligations, so it's better to hire men."

"Men are less emotional so they make better leaders."

These are just a few examples of subconscious beliefs that contribute to gender inequality in the workplace. Women deserve equal treatment to their male counterparts at work. Period.

It's a simple concept that has a lot of companies scrambling to pull reports on the number of women they have in leadership positions. While it's helpful to support notions about gender equality with factual data, this goes beyond number crunching. Work environments are in desperate need of more female employees as role models, decision-makers, and leaders. The labor force demands more balance in the number of women at work.

I want to look at gender inequality in the workplace, how it affects female employees, and trends that support gender equality in hiring.

Gender Inequality in the Workplace

Progress is being made every day. By seeing how far we've come in closing gender gaps, it can continue to motivate more progress. But when it comes to gender inequality in the workplace, there is still a long way to go.

I'm going to flesh out a few key markers of where we're at and how far we have yet to go.

A meager 6.6% of Fortune 500 companies had a female CEO in 2019 in the United States (interestingly, this is an all-time high).

The 2019 Women in the Workplace study found that women make up 21% of C-suite leadership positions in the United States. Women of color make up 4% of that.

The study also confirms that for every 100 men promoted and hired to managerial positions, just 72 women are. This opportunity gap leaves a lot to be desired with inclusive decision-making, especially for Black women in the United States.

While female workers are making higher salaries now, American women are still earning less than their male counterparts. A 2020 Payscale report suggests that women are earning 81 cents for every dollar that American men are earning. The gender pay gap suggests that the median salary is roughly 19% higher than women's median salary. While this is a slight improvement from 2019, it remains slight.

The same Payscale report confirms, while “technology and engineering & science do not have a great reputation in terms of equity, they are the only industries to achieve pay parity at the controlled pay gap."

It's more difficult to achieve controlled wage gaps in tech which may contribute to poor pay equity in this sector.

With Equal Pay Day to remind us of how far we've come in closing the wage gap, it keeps motivating us to move the needle. The National Committee on Pay Equity (NCPE) started this movement to bring awareness to the gender pay gap in 1996.

Gender inequality in the workplace affects many things, not only women's earnings.

As we discussed, the wage gap between male and female workers is still a hot button issue that requires considerable attention. One way this form of gender discrimination affects women is that it means they have to work long hours to even attempt to achieve the same salary as men.

All the while, women are facing gender-related discriminations and disadvantages that prohibit their upwards mobility. With a lack of transparency around wages, this form of discrimination continues to exist under the radar.

Two things that can help to close the gap include (although not fully) are:

However, National Partnership reports that “statistical analysis shows that even after controlling for factors like occupational and industry differences, differences in experience and education, and region and unionization – which themselves are not solely the result of women’s choices – 38 percent of the gap is unaccounted for.”

The #MeToo movement has highlighted the ways that a high number of women are silenced from an institutionalized power imbalance between men and women.

ABC News reports that 54% of women experience unwanted sexual harassment. They found that 30% of the harassment is happening at work and 25% is coming from someone who can affect their work directly. Thirty-three million women are sexually harassed at work in the United States alone, with 14 million of those women saying that it “went a step further, to sexual abuse.”

The pay that women receive depends on their race and ethnicity, as confirmed by the aforementioned report by Payscale.

It states, "the largest uncontrolled pay gap is for American Indian and Alaska Native women, [B]lack or African American women, and Hispanic women. These women earn $0.75 for every dollar a white man earns."

The opportunity gap is wider for women of color than for white women. Women of color make 6 cents less than white women on every dollar on average based on median earnings retrieved from the U.S. Census Bureau. Not only do they start at a lower salary, but it's also harder for them to climb the corporate ladder due to barriers and a lack of support. This results in a lack of diversity and representation in senior leadership.

There are concrete steps we can take within our teams to promote more diversity and gender equality in the workplace. Here are just four of them:

Inclusive and measured HR policies are the first step to gender equality in the workplace. Here are two actions you can take right now:

If you want to promote diversity, start with your hiring team. These are the people deciding who gets hired, so applicants must be represented by a balance of genders, races, and ethnicities on the team.

This helps to ensure that the hiring decision comes from a more well-rounded place. To learn more about unconscious bias in the hiring process, learn what bias hiring is (and how you may be doing it).

If your company doesn't already have an immediate plan to hire more women into leadership positions and promote women within, it's time to put one in place.

Counteract gender inequality in the workplace by tracking talent mobility. Hold hiring managers accountable for diversity and inclusion efforts and have them report on progress (or a lack thereof) regularly.

Brené Brown says that "shame corrodes the very part of us that believes we are capable of change."

The trend of keeping salary data private needs to end. For there to be true change, employees need to know the truth about what they and their male counterparts are earning.

Perpetuating ideas that this is poor workplace etiquette is creating shame around discussing earnings and asking for promotions and raises. Instead, include salary details in job postings to create a culture of honesty, transparency, and progression.

By acknowledging the mandatory need for more awareness, promoting more women, and encouraging transparency, we can close the gap.

Use automation to support your hiring practice and re-focus on skills and qualifications above all else. Searchlight does this with precision by relying on former colleagues to provide skill-specific data to generate top candidates based on past performance.

If we want to put a stop to gender inequality in the workplace, we have to start now. Sign up for a free demo and we'll walk you through the platform and features that could increase your diversity hiring efforts by 80% — a small effort with unlimited potential.

More blogs from the Searchlight team 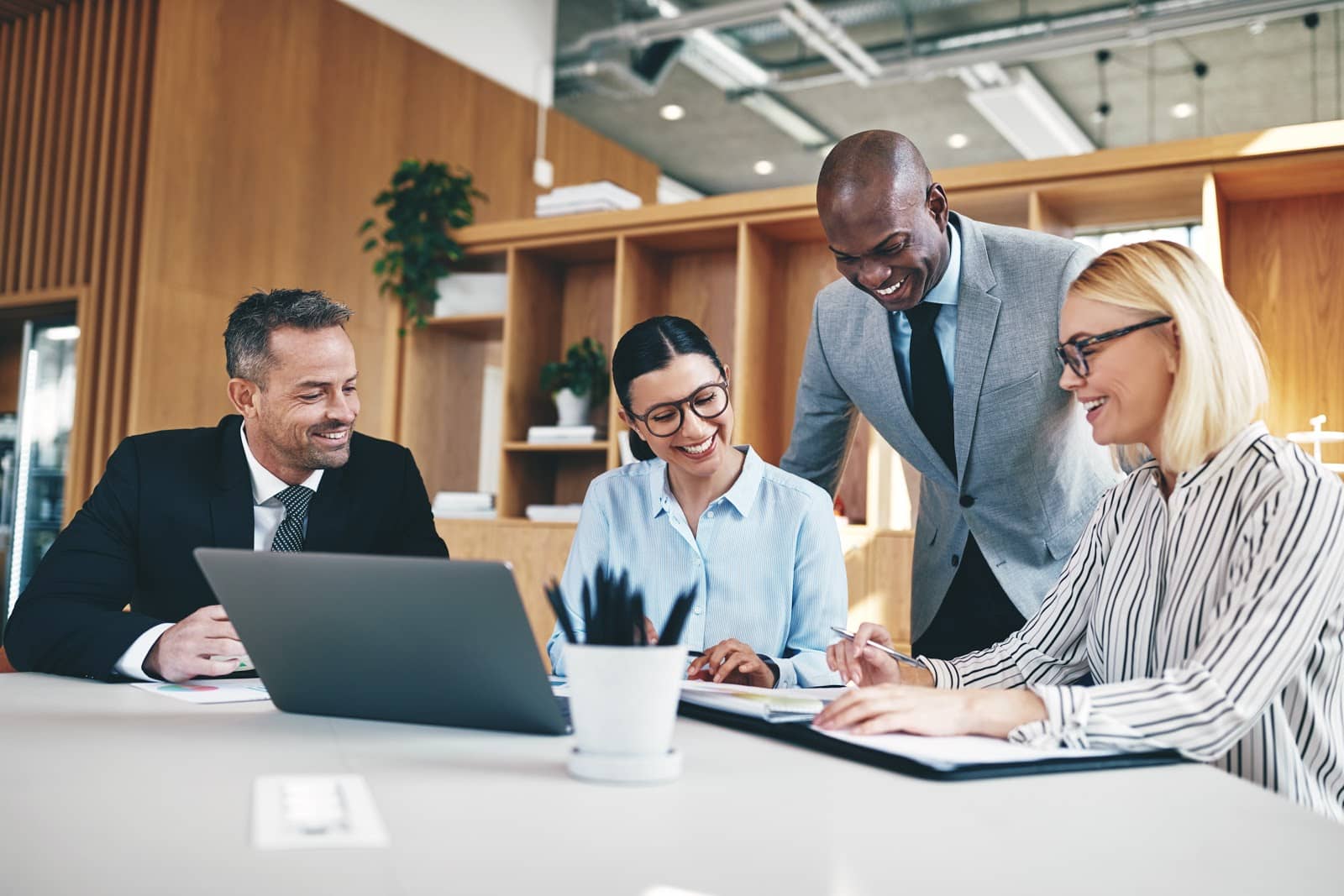 Get some expert tips for managing diversity on your team, including examining unconscious bias, adjusting your job descriptions, offering diversity training, and going beyond affirmative action. 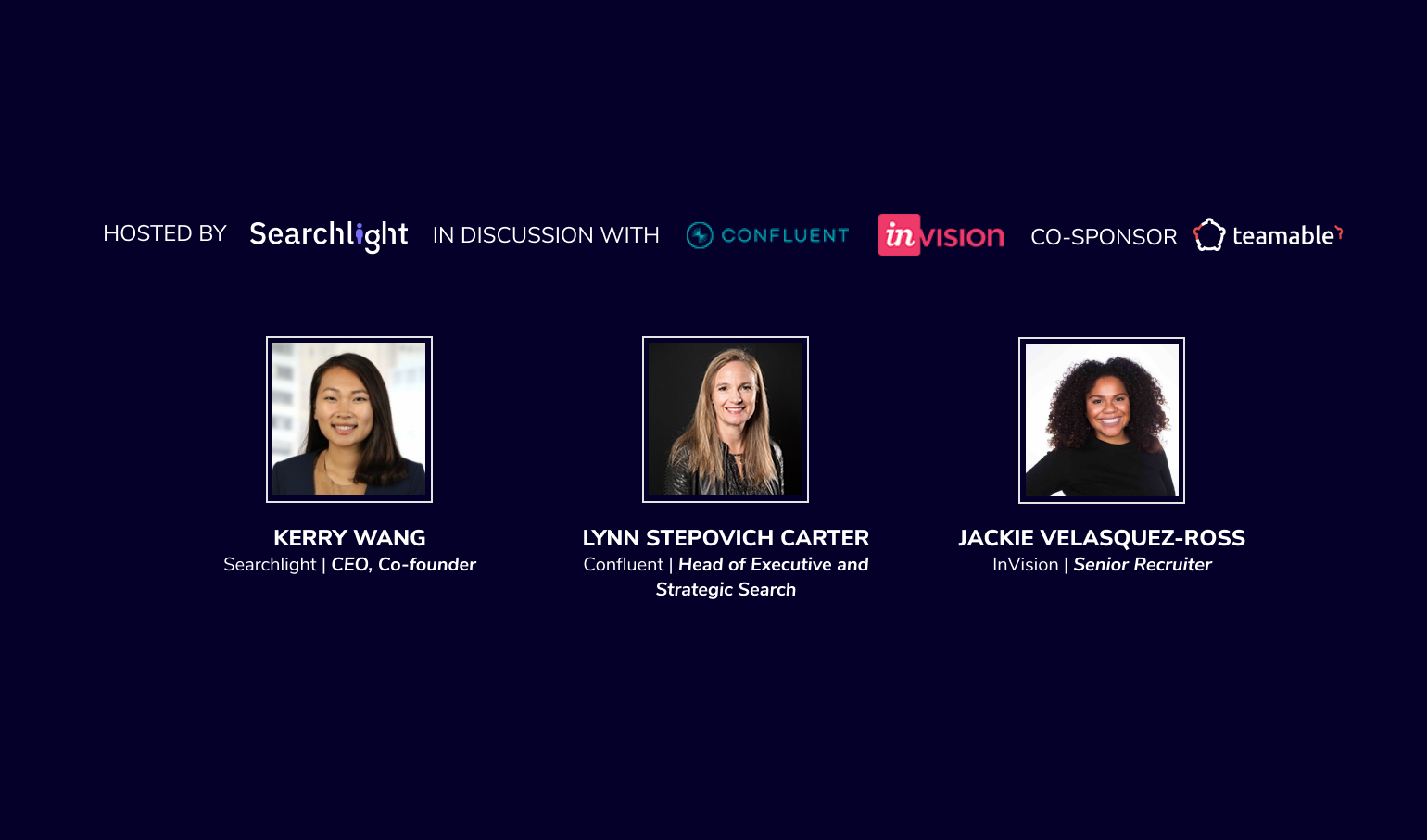 Lynn Carter (Confluent) and Jackie Velasquez-Ross (InVision) share their strategies to deliver the insights and experience managers and candidates need to recruit without ever meeting in-person.

These 5 Soft Skills in the Workplace Make for Better Hires